Skip to content
After installing the CentOS 7 on my server, i tried to change host name by modifying the /etc/sysconfig/network; it did not take an effect of the modification. Even after multiple reboot of server, the host name remains localhost.localdomain. The procedure to change the host name in CentOS 7 is now totally different from the previous version, this guide will help you to setup the host name on CentOS 7 / RHEL 7.
CentOS 7 supports three class of Host Names:
Static – The static host name is traditional host which can be chosen by the user and is stored in /etc/hostname file.
Transient – The transient host name is maintained by kernel and can be changed by DHCP and mDNS.
Pretty – It is a free form UTF -8 host name for the presentation to the user.
HostName can be,
How to Change:
Before changing the host name, lets check the current host name.
1. nmtui tool: you using command nmtui
NetworkManaget tool is used to set the static host name in /etc/hostname file. 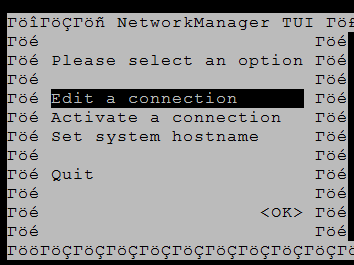